Most popular » The new Falsified Medicines Directive 2019 – which medicines are affected?

The new Falsified Medicines Directive 2019 – which medicines are affected?

As of 9. February 2019, the Falsified Medicines Directive (2011/62/EU), which was adopted in 2011, has officially come into force. What does this mean for the affected players such as wholesalers, pharmacies and pharmaceutical companies?

To protect against falsified medicines, which may be of low quality or wrongly dosed, an End-to-End Verification System has been introduced in the EU under the Falsified Medicines Directive. This verification system provides for the authentication of medicines, which is made possible by mandatory security features on the packaging and a comprehensive Europe-wide database system. With the help of the Falsified Medicines Directive, the distribution channel for pharmaceuticals will become even safer in the future.

From the 9th of February 2019 on, a unique identifier (UI) and anti-tampering device (ATD) is obligatory for each pharmaceutical product subject to verification in order to be placed on the market. If medicines were approved for sale before the 9th of February, they may also be sold without security features until their expiry date. However, this could lead to a drug being available on the market in three different versions: one without a safety feature, one with a safety feature but without being recorded in the database, and one with a safety feature and recorded in the database.

Which measures does the directive include?

The entry into force of the Falsified Medicines Directive has set Europe-wide measures in motion to successfully fight falsified medicines. The pharmaceutical’s appearance is also accompanied by stricter rules for the import of drug substances and documentation for wholesalers. In order to be able to determine the authenticity of the medicines, a total of two security features has been established, which must be verified before the drugs are sold.

Each pharmaceutical package is equipped with an individual and unique identification feature that is displayed in a two-dimensional Data Matrix Code. The Data Matrix Code includes the serial number, a product code, a reimbursement and identification number, the batch number and the expiration date. This makes each package unique and clearly identifiable by the product code. If the code on the packaging is scanned, the comparison with the database system can be used to provide feedback as to whether the Data Matrix Code actually exists and what the status of the package is. If the code cannot be found in the system or if it is noted that this package has already been sold, it may be a falsified medicine.

Who is affected by the directive?

The Falsified Medicines Directive affects all actors in the supply chain. From the introduction of the Directive on, each of these actors, have to fulfil a particular responsibility. 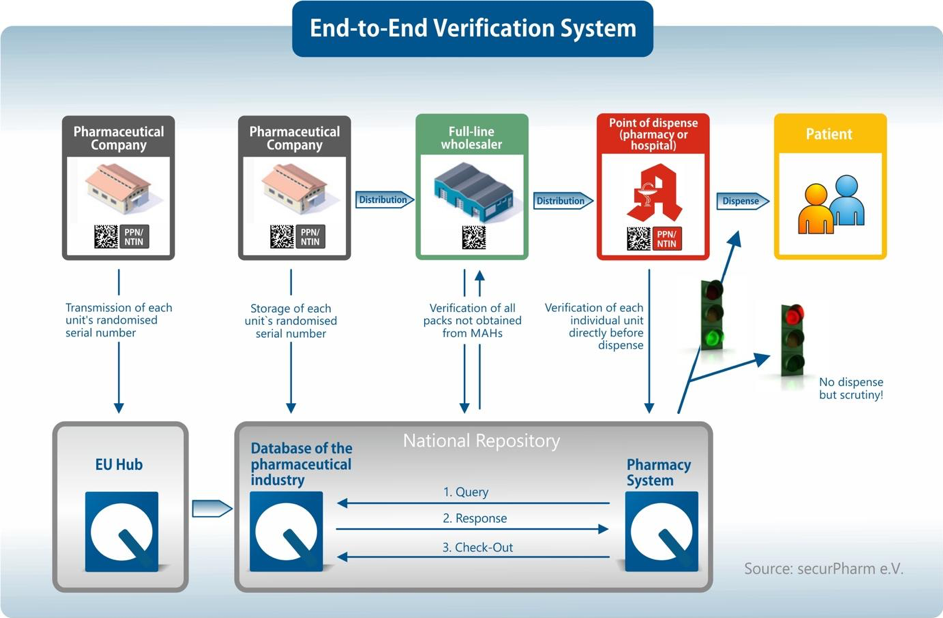 Which medicines are afftected by the EU Falsified Medicines Directive? 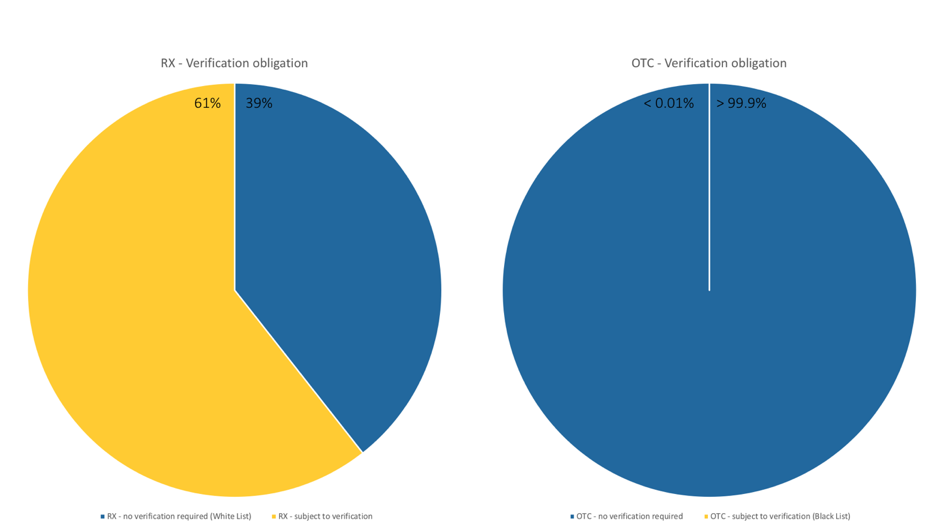 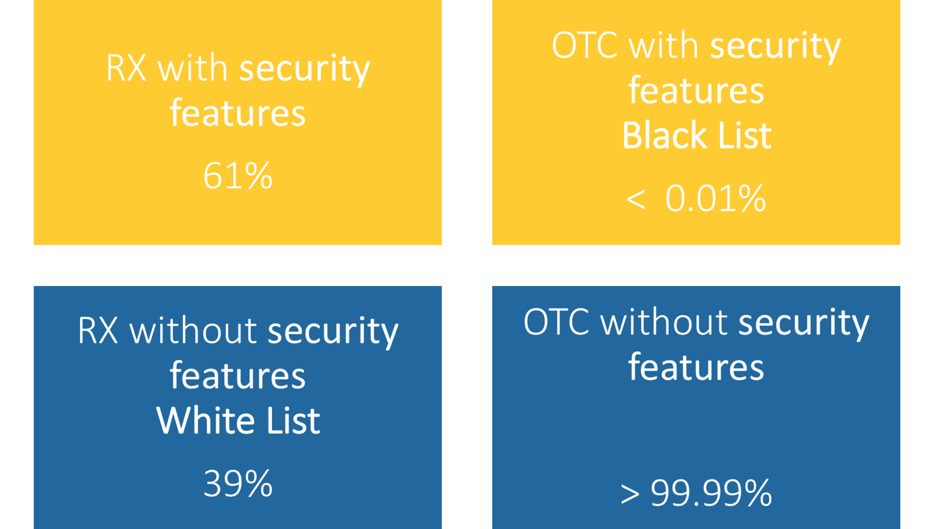 Which drugs in Germany are now subject to verification following the Counterfeiting Directive?

As a licensee of the Drug Pricing Germany Tool of you can find new on a daily base which drugs in Germany are now subject to verification and why. We provide you here with a small widget where you can check out our Drug Pricing Germany Tool (even without registration). Enter a valid pharmaceutical central number (PZN) here and the daily updated evaluation will be displayed directly.

How can I identify a medicine that requires verification?

Important for pharmaceutical companies, pharmaceutical wholesalers, parallel traders and pharmacies: The EU member states can extend the verification obligation in the form of the unique identifier and the anti-tampering device to other medicines. The list of medicines subject to verification can therefore be continuously updated. The Drug Pricing Germany database in pharmazie.com will therefore be regularly updated with corresponding information. This includes not only the drugs concerned, but also technical details of the safety features, modalities of verification and the administration of the data system. As soon as this happens, phramazie.com will inform you about all important developments and news – so you are always up to date! 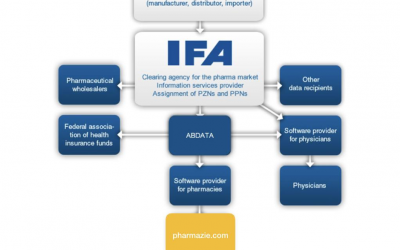 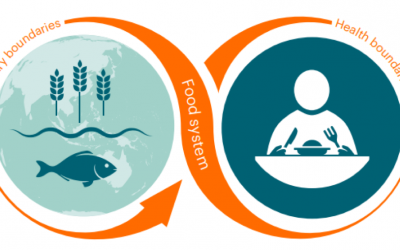 The Planetary Health Diet 37 scientists from 16 countries have gazed into the future, and it will not work without our help! You can read in this article how exactly this diet and the rescue of the planet will work. Today we are confronted with an ever-increasing... 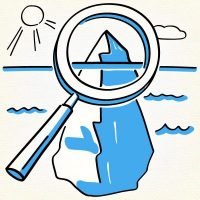 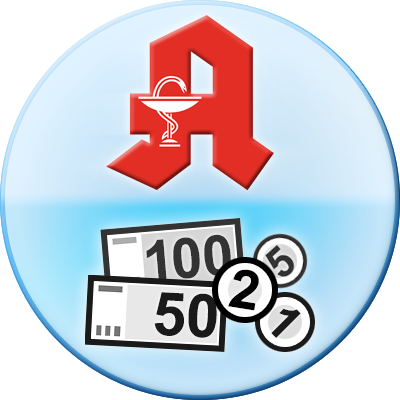 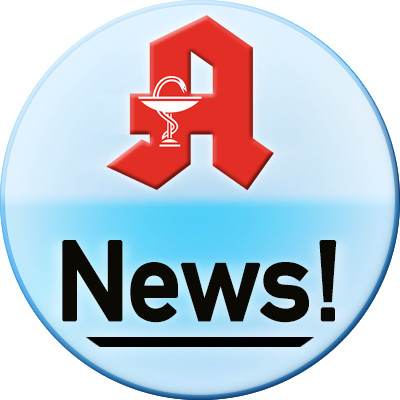